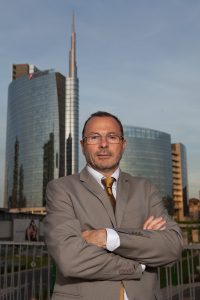 Business plans are very often used in the context of franchising in Italy, especially in the negotiation phase, to illustrate the advantages that the franchisee enjoys by joining a franchise network.

In practice, often franchisors, spontaneously or requested by the aspiring affiliate, show or deliver to them a forecast of the profits that will be obtained as a result of joining his network, in light of the costs that will have to be incurred.

These forecasts can be formulated in many different ways; with greater or lesser degree of detail, with greater or lesser reference to the actual market in which the franchisee will operate, etc. In any case, it is obvious that almost always business plans contains positive and encouraging projections about the profits of the franchise, in order to positively influence people’s decision to join a given franchise.

However, this is an instrument to be handled very carefully by franchisors. Let’s see why.

Often happens that, in the course of the franchise relationship, there is a difference between the data indicated in the business plan and the profits actually achieved by the franchisee. Sometimes this difference is negligible; other times it is instead relevant.

In the latter cases, the franchisee, who finds himself in a situation of difficulty – unfortunately recurring in the current Italian economic situation – seeks to assert the prospects contained in the business plan that had been delivered to him in order to promote a legal action against the franchisor to obtain compensation for damages, or simply to early terminatethe franchise agreement which has now become excessively burdensome and unprofitable for him.

In such a situation, the business plan from a formidable advertising tool can turn into a real boomerang for the franchisor

How then to make a business plan in the franchise “safe“?

Having said that, if the franchisor decides to use this instrument, it is advisable to use particular caution.

This happens when the business plan delivered to the franchisee contains inaccurate, incomplete or even false data or information. In this case, given that the franchisee inevitably relies on the business plan during the negotiations – and indeed this is the document that more than any other is the determining factor that drives a person to affiliate to a particular franchise network – the same he can obtain the terminationof the franchise contract, resulting in compensation for the damagessuffered.

So the first indication is to base the business plan on real truthful and objective data.

But there is another aspect, perhaps even more important. The business plan is in fact an advertising tool, and as such is subject to the assessments of the Italian Competition Authority(AGCM). A business plan that contains untruthful claims, or anyway whose truthfulness is not objectively demonstrable, about the possible profits deriving from the commercial affiliation, could therefore be considered misleading advertising, and therefore can expose the franchisor to even high pecuniary sanctions, by the AGCM.

In fact, already in many casesthe AGCM has imposed sanctions on various franchisors for having generated misleading messages about the economic results achievable through affiliation, e.g. prospecting “certain” profits while they were actually highly uncertain, as they depended on the most diverse variables.

It is therefore advisable for the franchisor to prepare with great care and precision the business plan addressed to the aspiring franchisees, so that the same: